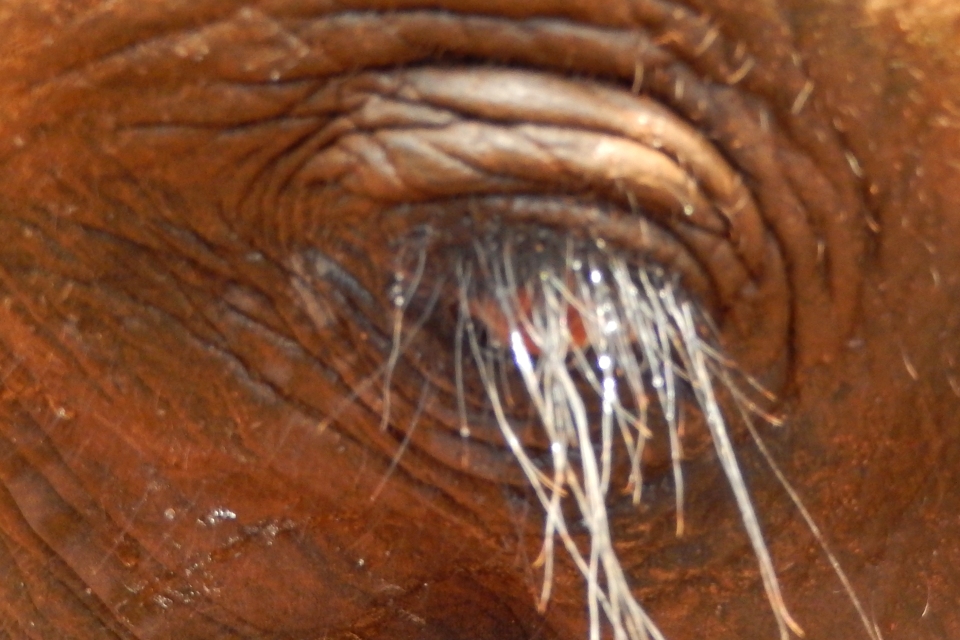 After a long plane journey we finally arrive in Bangkok.  Huge airport, hundreds of people, shops, technology, quite different from Kilimanjaro Airport!  We are dazed and confused and it is very hot indeed!  It is around 8pm at night but the heat does not seem to have abated. As soon as we step outside the airport we are covered in a sheen of sweat, a theme that is to continue…

We arrive at our new home tired but finally “home”.  It is a nice flat, comfortable and well furnished.  It is spacious with a small outside space and a pool right outside the back patio. It is odd, to find ourselves in this place.  It is like a holiday resort, like being in “The Truman Show”.  The perfect place, happy people, sunshine and health, friendliness and smiles.  It is nice and easy but lacking in character somewhat.  On the plus side, we are not in noisy Bangkok but somewhere with trees and birds and a lake.  It feels like Americanah! Anyway, here it is: 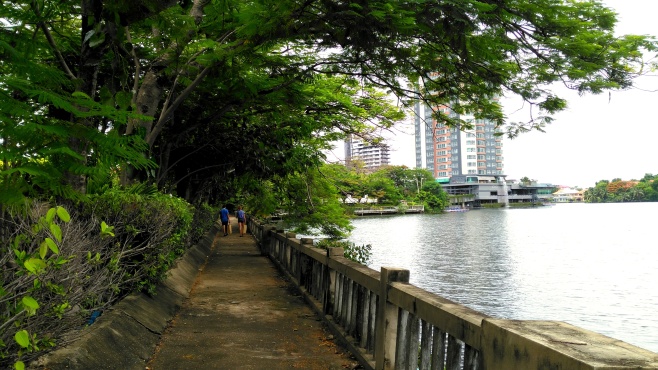 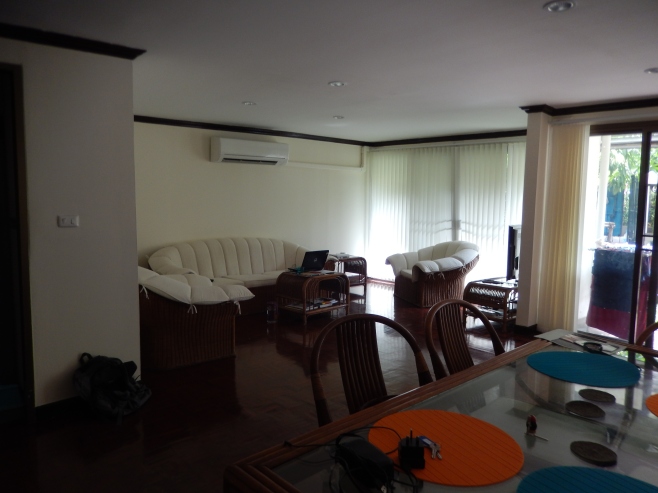 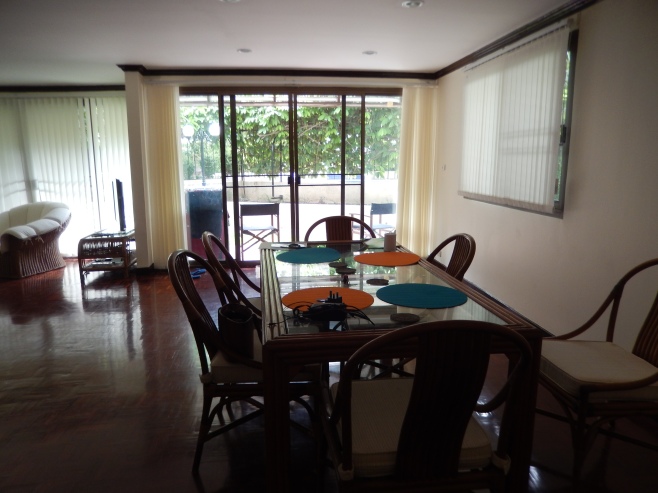 The welcome has been amazing.  Friendly and thoughtful; we were taken out to various places in Bangkok and shown the sights including dinner at the German Brewery which was nothing like a German brewery apart from the beer.  We were treated to the most bizarre show in this restaurant when suddenly curtains drew back to reveal an enormous stage.  I guess I can describe it as a smaller Olympic like opening show.  But, hey, this is Bangkok after all.

So we now been here for one whole month, yes, it has gone fast and it has gone uneventfully so far.  Here are some pics of what we have seen so far.

Giant cake on show in the supermarket

Bangkok is a jungle 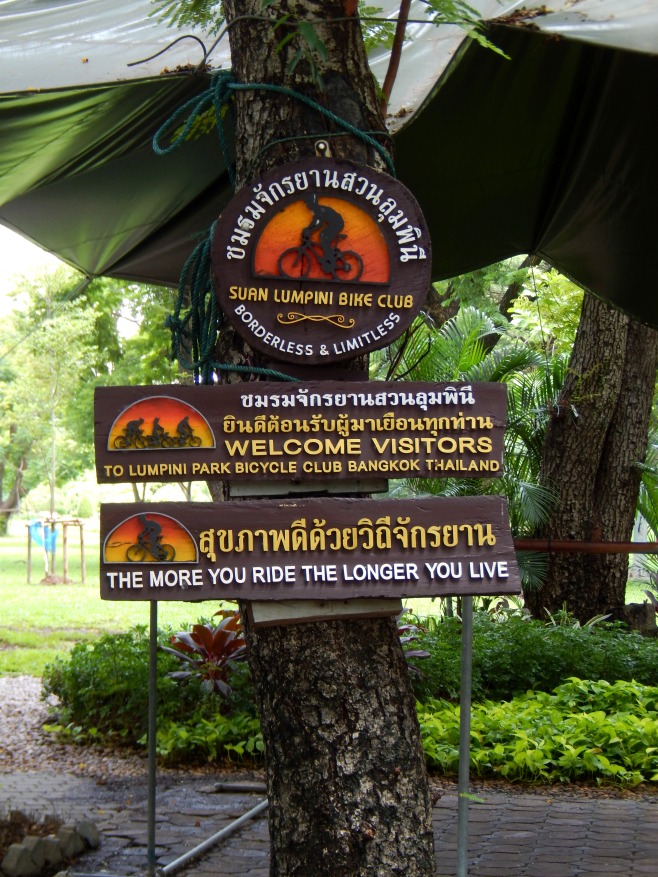 Let’s hope they are right…

It’s been there a while… 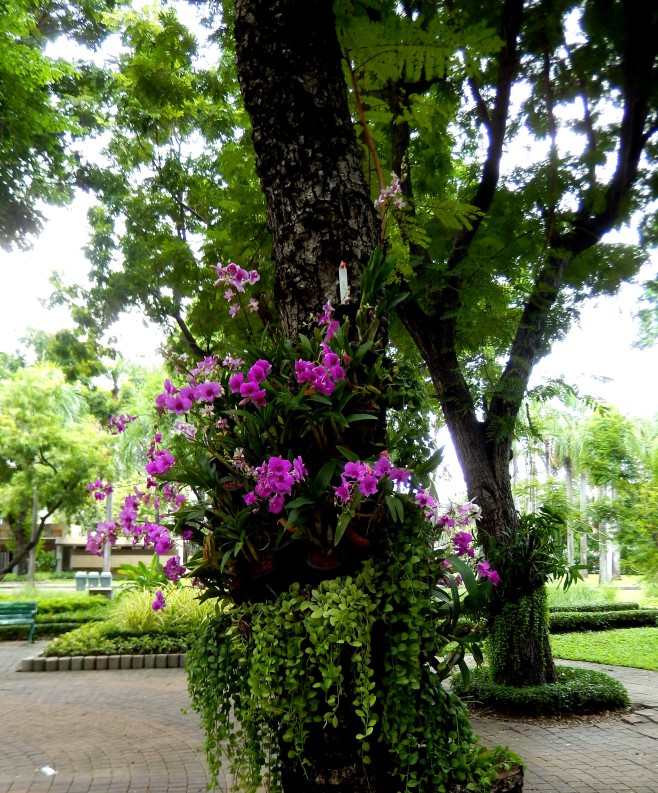 Orchids everywhere and so, so cheap!

It is not what is seems

We take the sky train into Bangkok, to Lumpini Park, a 58-hectare park which belonged to King Rama VI.  Air con is everywhere and you go from sweating profusely to shivering and goose bumps.  We finally get to the park and sit by the lake.  I look to my right and lo and behold, a monitor lizard is walking towards us.  Not what i expected from a walk in the park. 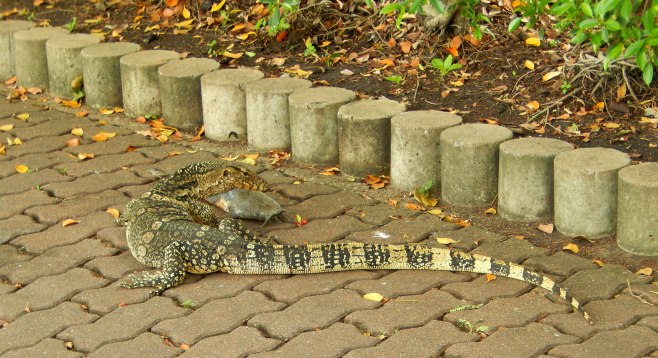 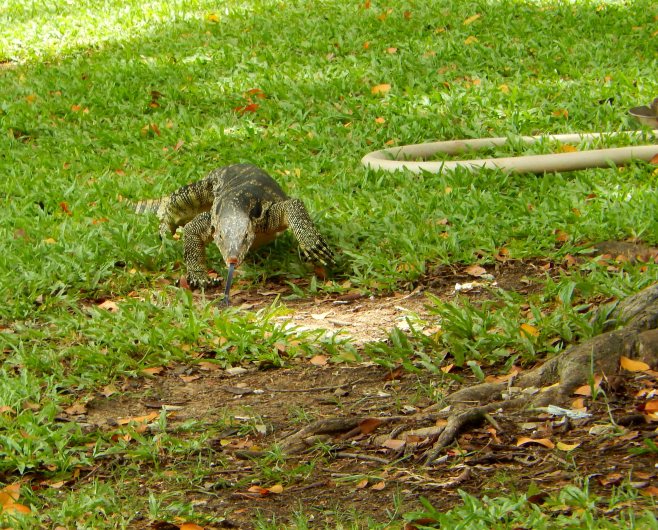 So, I guess you are wondering where all the temples are.  Yes, there are plenty about, a bit bling and over the top.  Here is the King’s Palace, impressive but worse than Oxford Street at Christmas time.  Kids were not impressed and wondered why we had dragged them there in the heat and the crowds.  We had no reasonable answer… 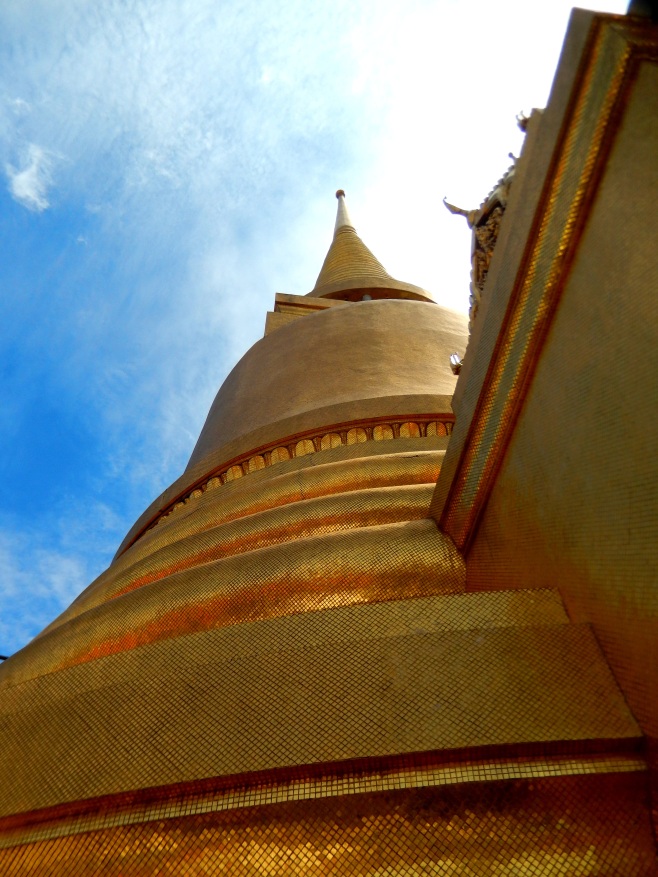 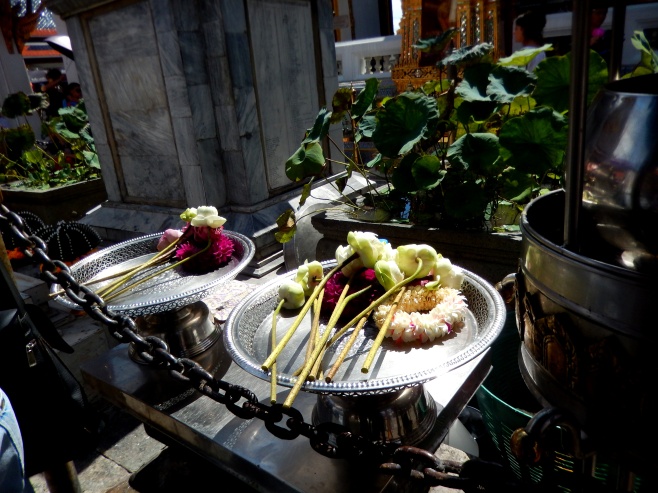 On another weekend we explored Ko Kret dating back to 1722, a small island on the Chao Phraya river, not far from where we live.  The island continues to serve as a refuge to the Mon tribes who dominated central Thailand between the 6th and 10th centuries and have retained a distinct identity in their version of Buddhism and, particularly at Ko Kret, their pottery which is elaborate and intricate.  Ko Kret is really rather nice, we walked around the island and saw beautiful sights, countryside, temples, villages…  Lots of street food which we had to sample but not without some incidents.  Geoff bought some delicious looking barbq prawns which turned out to be rather chewy and bony.  On closer inspection, they looked more like small flattened frogs, he was spitting for quite some time after that. 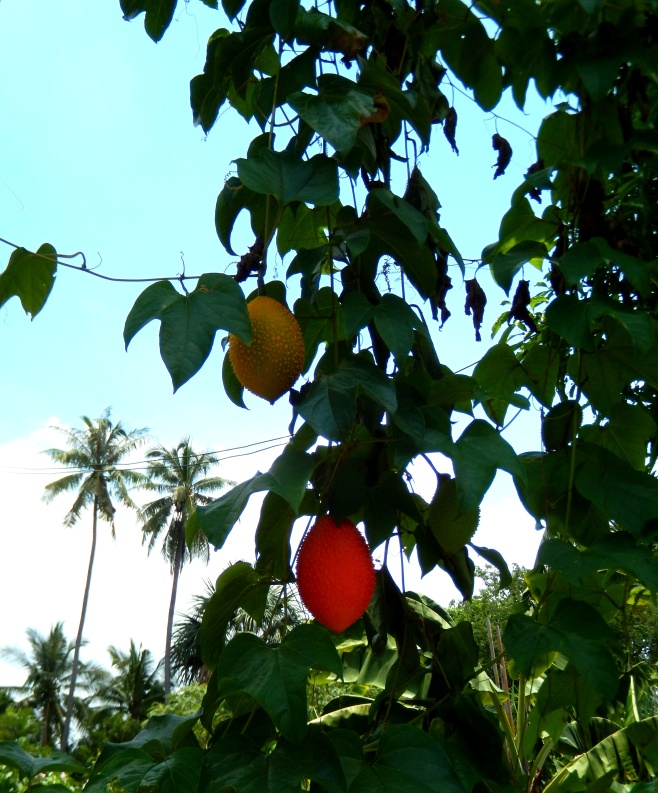 What is this strange fruit? 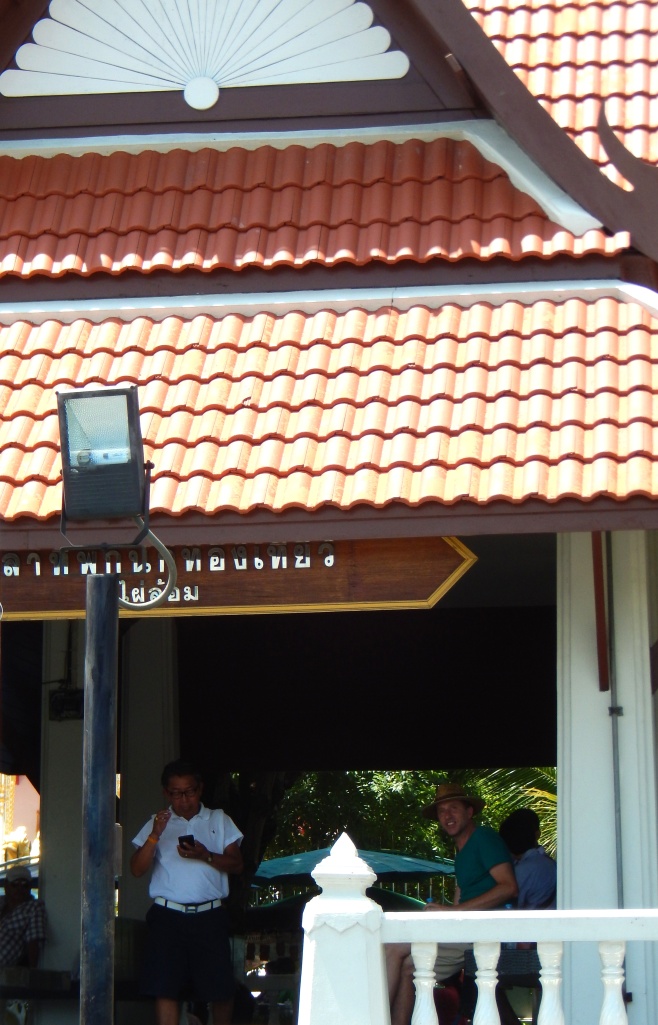 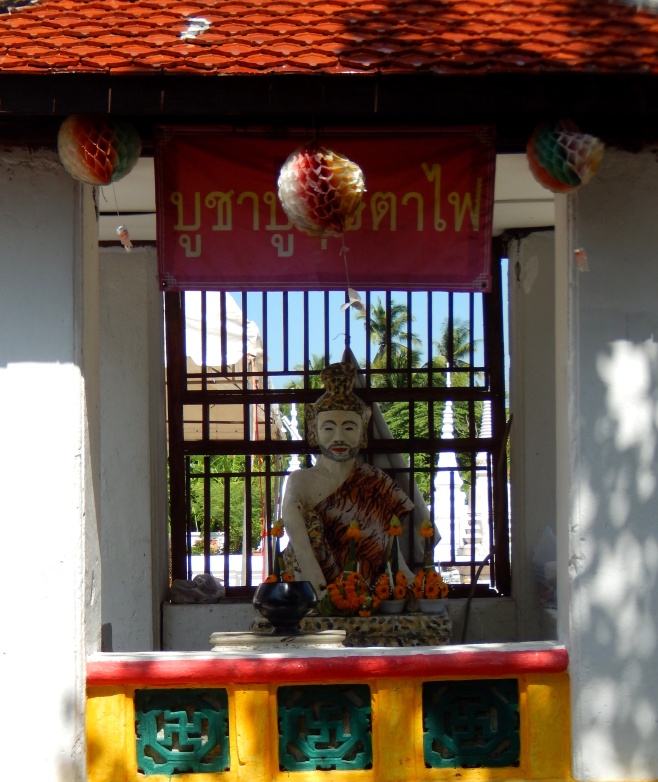 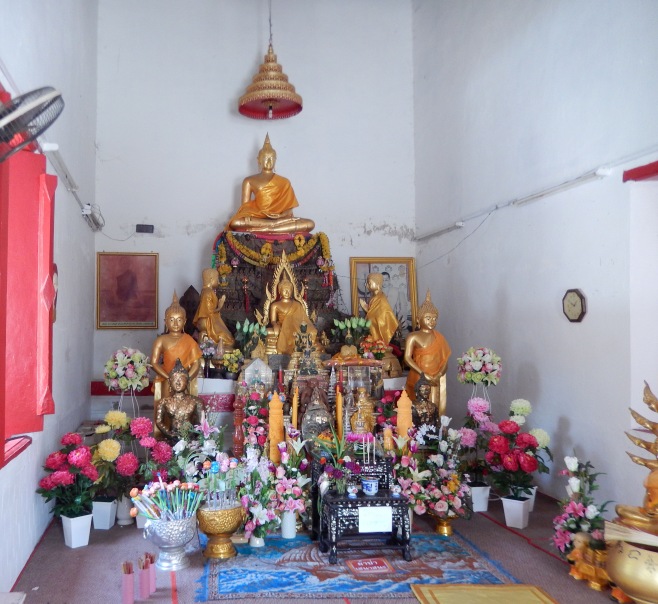 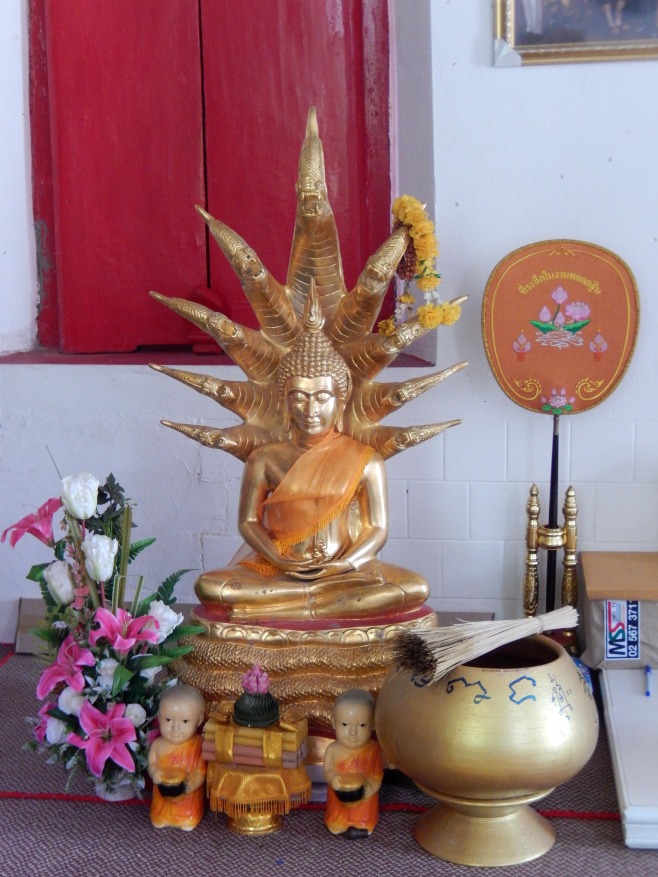 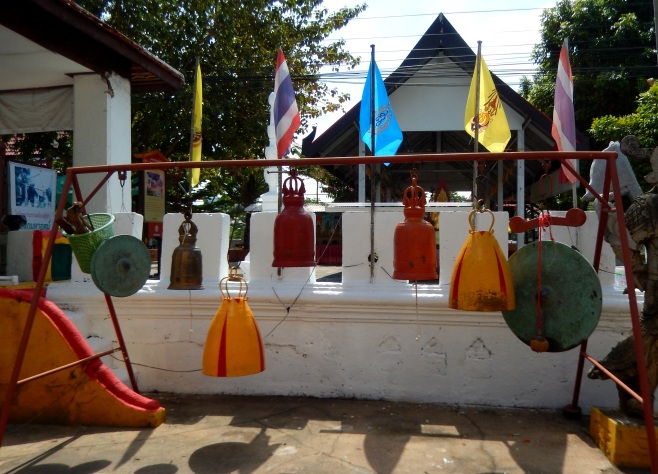 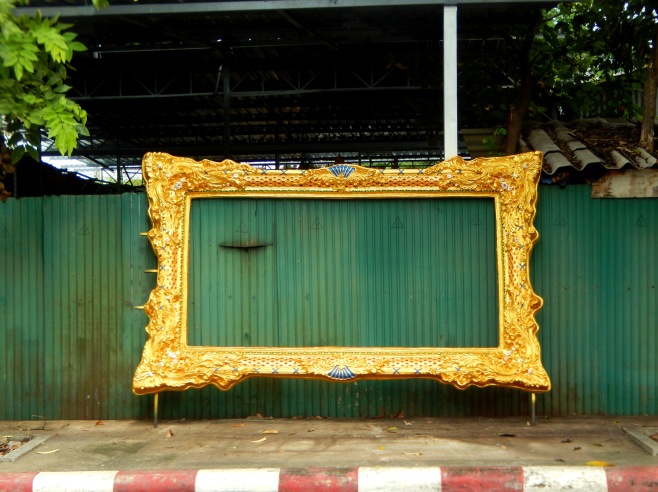 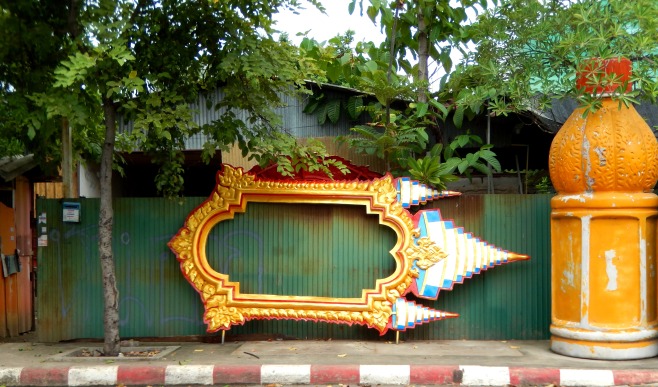 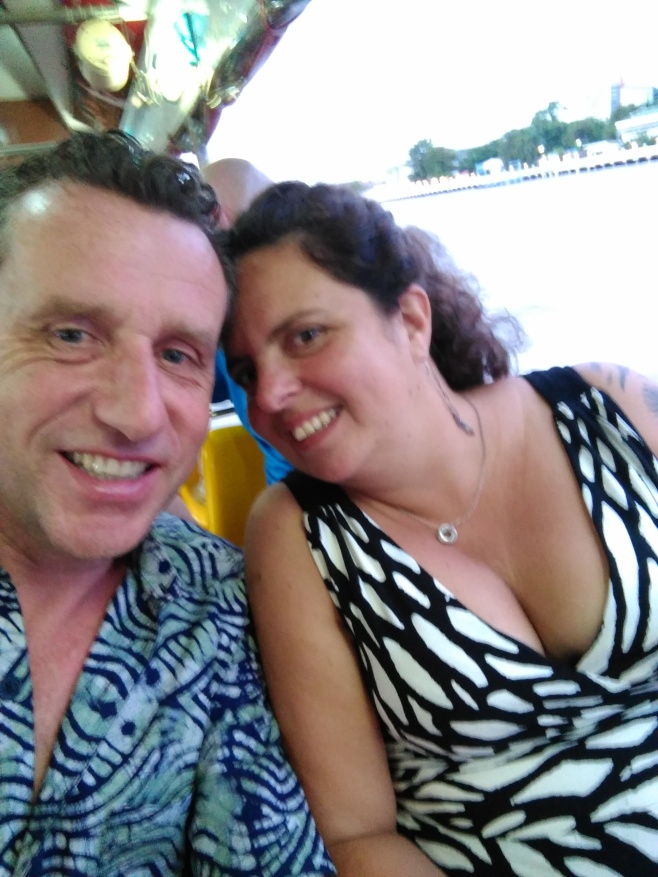 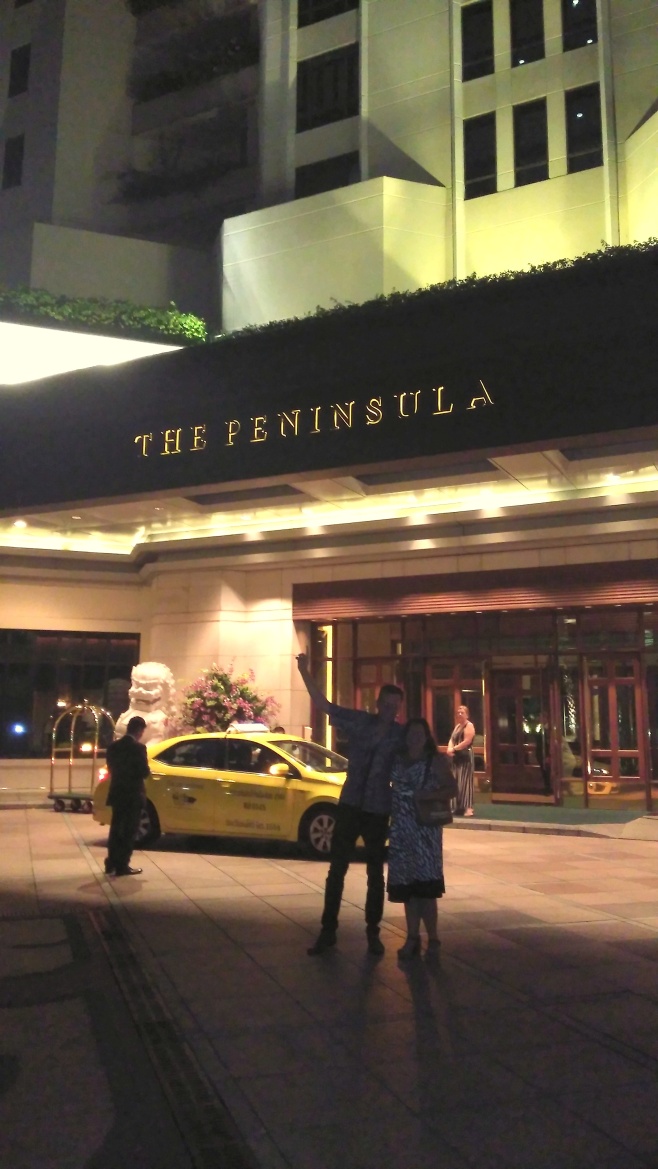 Living it up at the Peninsula Hotel 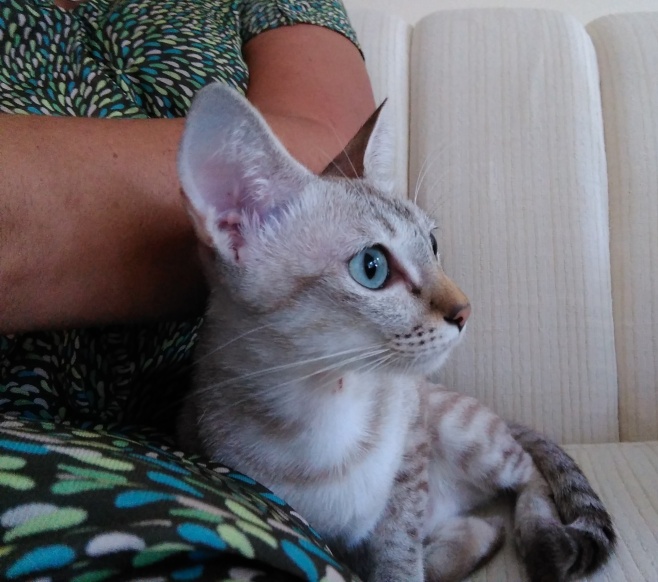 Our next adventure was into Bangkok into Silom.  Lots of walking and sweating in the heat.  Bangkok is not pretty, I have decided!  It is quirky but too busy, too polluted, too many cars, too much concrete, too much madness.  I am missing Moshi…  Although strolling around Bangkok is entertaining and there is plenty to look at.

Why are we not allowed to take a photo?! 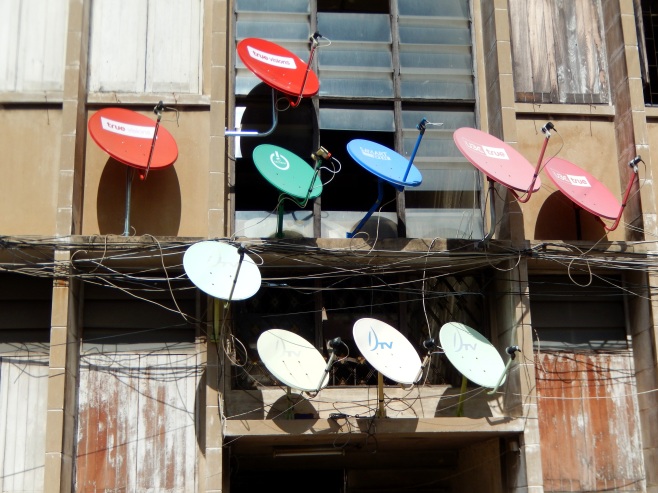 Old Bangkok by the river 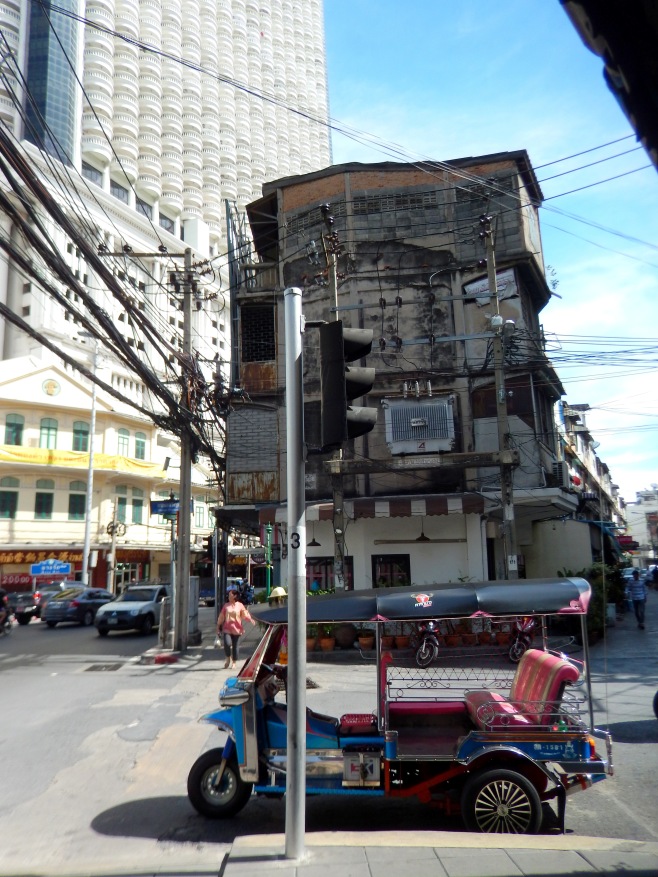 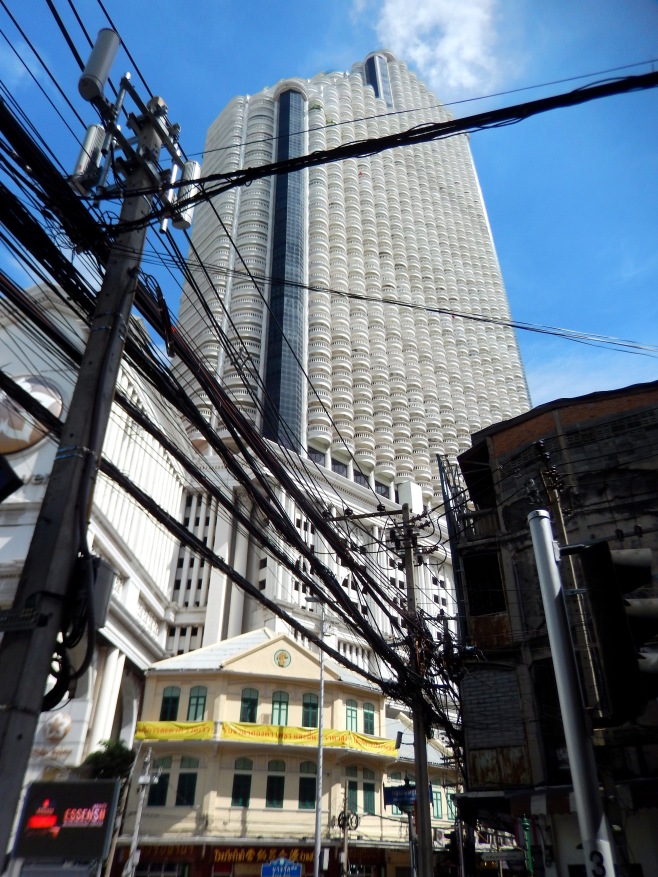 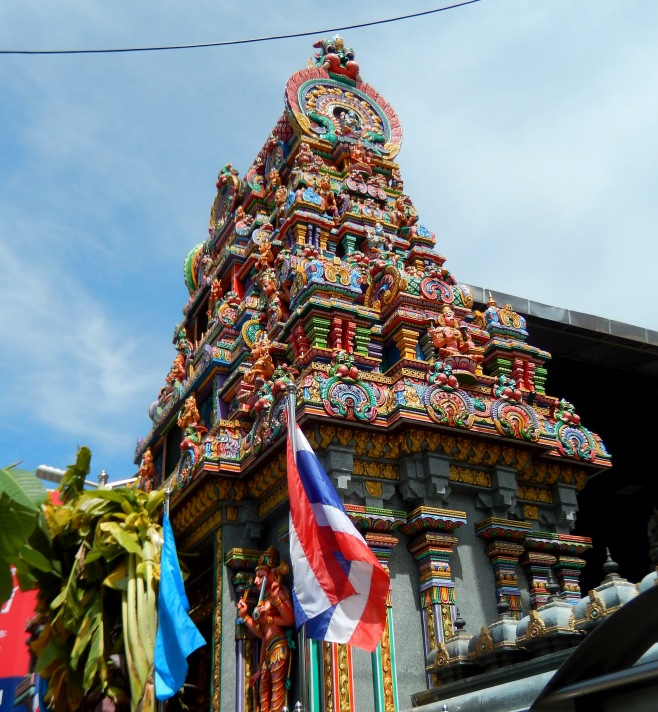 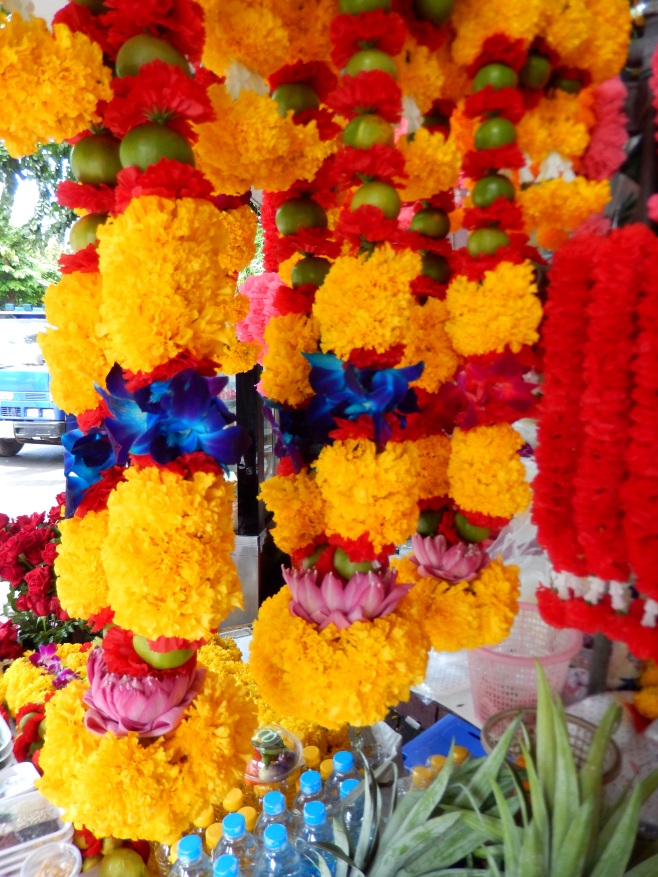 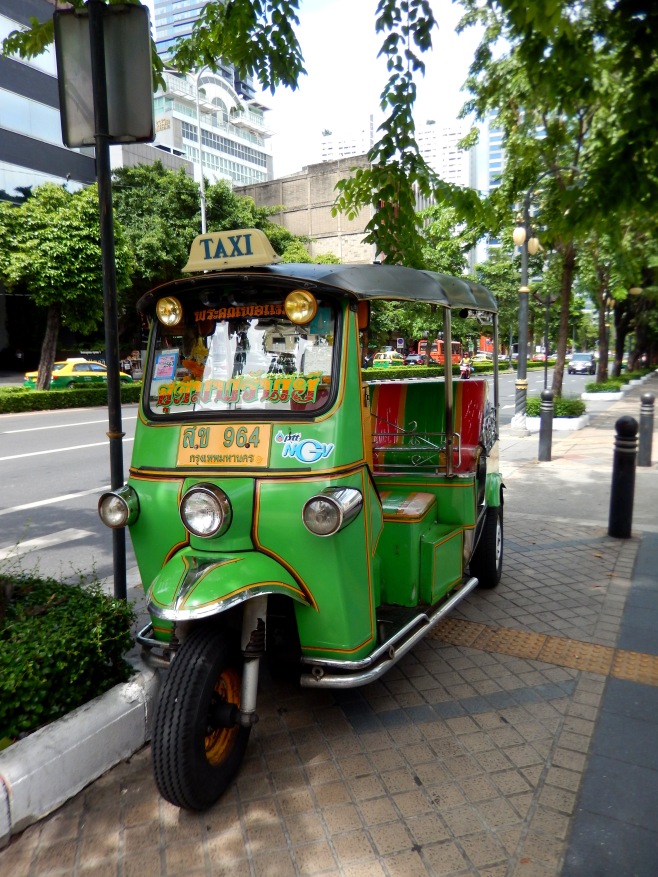 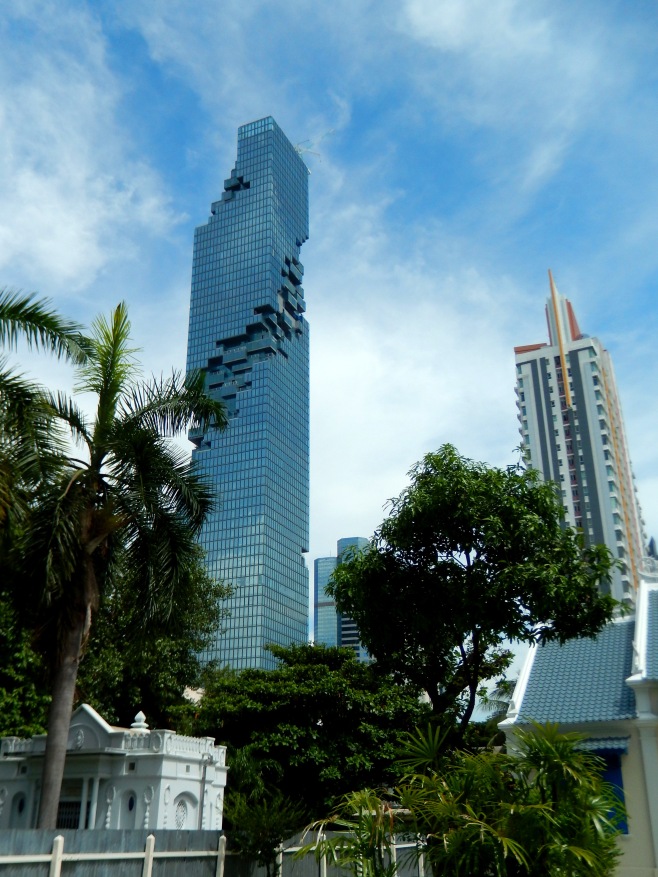 Reminds me of Minecraft!

I leave you with some advice.  Do not ride elephants if you come to Thailand (or India or Sri Lanka…).  It is cruel to keep these giants in captivity and they need to be sent back to the wild where they belong.  Join the Global March for Elephants and Rhinos.  It is happening on the 24th September in over 125 cities worldwide. See here: http://march4elephantsandrhinos.org/2016-cities/.  We will be on the one in Bangkok. Every day around 100 elephants in Africa are brutally killed for their tusks. It is estimated that 25,000 – 50,000 elephants are poached each year. From numbering in their millions around 100 years ago, today there may be only around 400,000 elephants left in Africa; lower estimates put this number at around 250,000.  Let’s save these majestic giants!